Last week, I came across the recipe calls for Brick cheese.

I was wondering, what is a Brick cheese and how does it taste like?

I looked for Brick cheese at a local store but no luck.

So, I was searching for Brick cheese and its substitutes.

Unfortunately, many folks think that there aren’t good substitutes for Brick cheese, which isn’t true at all!

After researching I found a lot of substitutes for Brick cheese.

You can use cheeses such as White cheddar cheese, Muenster, Provolone, Tuma, Havarti cheese.

In this guide, we will discuss about the Brick cheese and its flavor in detail.

It will help you to choose the right substitute for the use you need, followed by the substitutes.

We’ll also discuss which substitutes work best for which kinds of recipes. So that you can pick the right ingredient for the right recipe.

What is Brick Cheese? 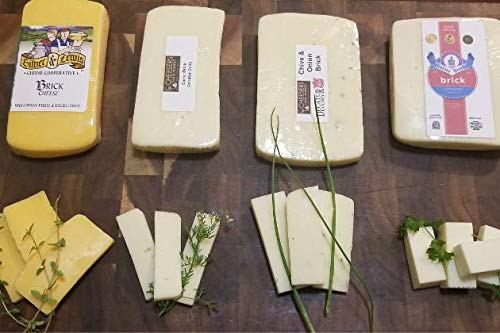 Brick cheese is a native cheese originally produced in Wisconsin which is made in brick shape.

The Brick cheese produced in Wisconsin in 1877. This cheese-making process came from white American Cheddar.

It is also called Brick cheese because, in this cheese process, cheese curds are pressed with clay-fired bricks.

It is a medium soft cheese that comes in color ranges from pale yellow to white.

This cheese comes in a sweet and mild flavor when it is young, as it matures it develops a strong flavor.

Brick cheese is also popular as the “all-purpose” cheese.

It is generally used on crackers, in sandwiches, with fruits. It can be eaten on its own too. That’s why it is so much popular nowadays.

Brick cheese originated in Wisconsin which is made in brick shape.

It has a sweet and mild flavor when it is young.

As it matures it develops a strong flavor. After aging, it tastes like a mild Limburger or cheddar.

The brick cheese crumbles easily. It is a little sticky to the knife when sliced.

This cheese is a great choice for slicing and it melts really well. That’s why it is a perfect choice for grilled cheese sandwiches.

This cheese paired very well with pickles, so it is ideal for adding flavor to a burger.

You can also use in macaroni cheese, on toasted Italian bread, melted in potatoes gratin, on pizza. 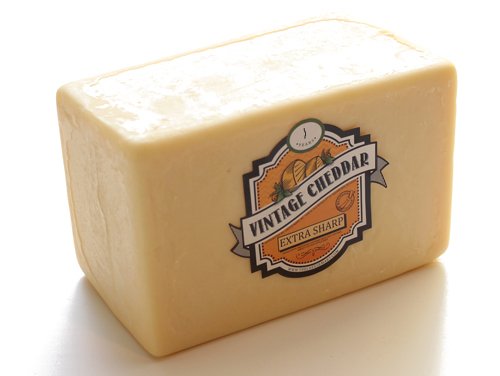 It is first produced in the English Village of Cheddar in Somerset.

It is the most popular cheese in the UK. Back in the days, it was just produced in the UK.

But nowadays it is produced all over the world.

Cheddar cheese is made from cow’s milk. It is a hard and sharp testing cheese.

When it is young, it is smooth in texture and when it is properly cured, it is slightly crumbly cheese.

It develops sharper taste when it matures over the period. Its maturity period is ranging from 9 to 24 months.

The shape of the cheddar cheese is like a drum which is 15 inches in diameter.

You can use cheddar cheese as a substitute for mild or medium brick cheese. 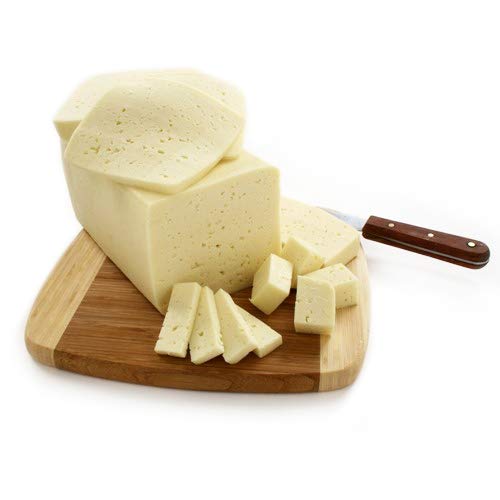 Havarti Cheese is a semi-soft cheese made from cow’s milk. It is Denmark’s most famous cheese.

It is first created in the mid of 1800s by Hanne Nielsen, a Danish woman who traveled around Europe to learn cheesemaking techniques.

Havarti is smooth cheese that comes in creamy to pale yellow with no rind.

It comes with a buttery aroma whereas stronger varieties come with sharp and nutty.

Cream Havarti is an extra creamy form of Havarti. It gets this extra creaminess from a technique of adding extra cream before curding.

Havarti and cream Havarti are ideal table chesses that can be sliced, grilled, and melted.

Havarti cheese has a smooth flavor like Monterey jack.

Aged brick cheese has a slightly ripe flavor and smell. Aged Havarti cheese is closest to aged brick cheese. They have similar softness and flavor compared to other cheeses. 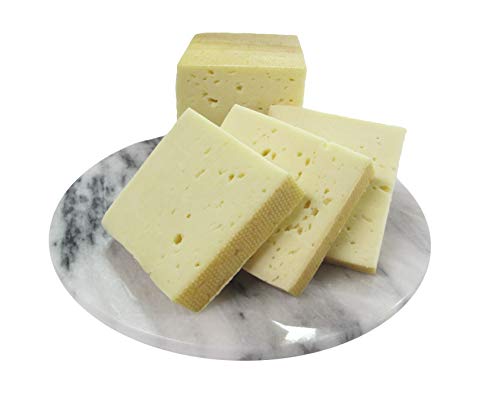 Limburger cheese is originated in the historical dutchy Limburg. It is a semi-soft cheese well known for its stinky odor.

It is made from pasteurized cow’s milk which has a mild flavor despite a stinky aroma.

This cheese comes with a thin pale, orange-brown rind. In the starting phase of ripening it is firmer and crumblier.

It begins to become chalky and soft at the end of six weeks.

At three months, Limburger finally attains the infamous aroma because of ripening with a bacterial solution.

The cheese comes with a grassy and mushroomy taste with a delicate tang at the end.

If you need extra sharp well-aged brick cheese, you can use a combination of cheddar with Limburger cheese.

Muenster cheese is semi-soft cheese which is an American imitation of the French Munster cheese.

It is made from pasteurized cow’s milk. This is a mild, white cheese which has a reddish-orange rind made from paprika. The rind’s orange color comes from annatto.

The taste of muenster is very mild and creamy. It becomes very sharp and tangy as its ages.

It melts really well. So, it is great to consume with grilled cheese sandwiches, pizza, hamburgers, macaroni, etc.

You can use mozzarella with muenster cheese for pizza. You will have taste and texture that are very close to a brick/mozzarella blend.

Provolone cheese is an Italian cheese that is used for cooking, grating, and dessert.

The origin of the cheese is from South Italy. It is made from cow’s milk.

It comes with a thin but hard rind which is golden yellow and shiny.

Provolone Dolce which is aged for 2 to 3 months. It is a white color and has a sweet taste.

The second type is Provolone Picante which is aged for more than four months. It comes in relatively sharper taste.

It goes well with hot chutneys, flatbreads, and homemade bread.

Generally, Provolone cheese is pear-shaped. It comes from mild and sweet to sharp and pungent that is depending upon the final moisture and aging time.

Provolone cheese is the closest to brick cheese in terms of flavor and melting ability. 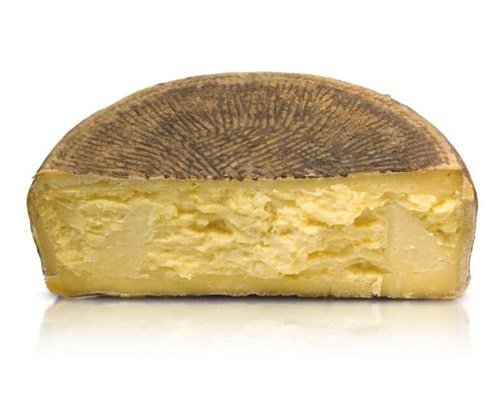 Tuma cheese is one production stage of Pecorino. It comes before adding salt and maturation.

It is made from curd without adding salt. It should be consumed within one or two weeks otherwise it will get spoil.

There is much similarity between the flavor of Tuma cheese and Brick cheese. They have an equal melting ability too.

Tilsit cheese is semi-hard smear-ripened cheese. It is mild and buttery cheese which requires just a moderate amount of aging time.

It goes perfect for spice and herb addition because of its mild flavor.

This smooth cheese comes with a buttery flavor and slightly fruity taste.

Tilsit comes with a mildly pungent aroma and a tangy taste.

It is a perfect cheese for snacking and appetizers. It can be heated well and used as a grilling and baking cheese.

Tilsit is made from partially skimmed pasteurized milk. It is semi-firm with a springy texture.

The Tilsit cheese is dotted with tiny holes which are spaced irregularly.

Traditionally it was made in a large wheel, but nowadays it is made in loaf form that makes it easier to slice.

You can use Tilsit cheese as an alternative to brick cheese for medium or mild buttery flavor.

The taste of aged brick cheese is similar to Tilsit cheese.

Monterey Jack is an American white, semi-hard cheese made with pasteurized cow’s milk.

It is known for its mild flavor and slight sweetness.

This Monterey Jack cheese is originated in the Mexican Franciscan friars of Monterey, California.

It is a semi-firm mild-flavored creamy cheese that is aged for a little period.

This cheese melts really well which makes it perfect for cooking. It is similar to cheddar and Colby in terms of taste and flavor.

You can find Monterey Jack across all grocery stores and supermarkets in the United States.

If you are not finding brick cheese, you can easily get Monterey Jack cheese in your area.

You can use a mix of Jack and Mozzarella cheese as a substitute for Brick cheese. 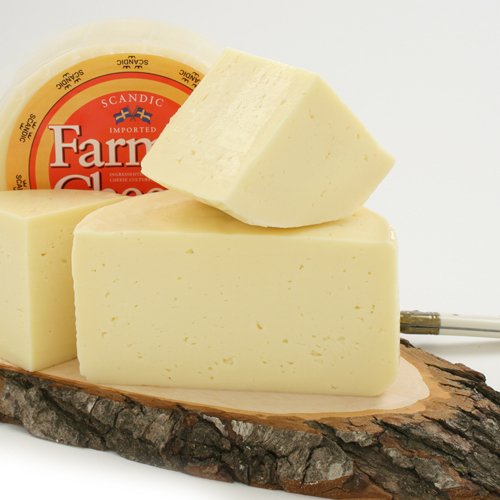 Farmer’s cheese is pressed cottage cheese which is usually unripened.

It is made by adding rennet and bacterial starter to acidify and coagulate milk.

Farmer’s cheese can be made from sheep, cow, goats’ milk. Each one has its distinct texture and flavor.

It is the same as pot cheese which is low in fat and solid. The texture of farmer cheese is dry and crumbly.

Brick cheese is mild and nutty like farmers’ cheese. They become stronger as matures.

If you want very creamy cheese when it melts, you can use farmer’s cheese instead of Brick cheese.

It is made from Italian buffalo’s milk by the pasta filata technique.

This sliceable curd cheese is made from milk of buffalo, cows, sheep, or goat.

Fresh mozzarella cheese is usually white. But it may change seasonally to slightly yellow that is reliant on the animal’s diet.

It has a high moisture content, so traditionally served the day after it is made.

Low-moisture mozzarella cheese can be kept refrigerated for up to a month.

If you are looking for a brick cheese substitute for using on pizza, Mozzarella is the best option.