Nothing beats the taste of sweet summer peaches with drizzle of honey served with creamy, soft and buttery Teleme cheese!

Many chefs used the Teleme as a signature cheese in so many different dishes like Pizza, risotto etc.

Any recipe with Teleme offers a texture flavor and taste incomparable by any other.

The Teleme cheese praised by many cheese professionals, food writers and chefs.

But what if you don’t find this California’s iconic cheese in your area?

Did you know is there any substitute for Teleme cheese?

I can say, yes, there are substitutes for Teleme cheese such as Brie cheese, Montery jack cheese and Stracchino cheese.

Some cheeses are akin to Teleme cheese in texture, some are similar in flavor and taste.

So, use these cheese as per your recipes calls for.

Get to know here more about Teleme cheese and its perfect substitutes for your favorite recipes.

What is Teleme Cheese?

Teleme is an American semi-soft cheese which has origin in the San Francisco Bay Area in California.

Teleme was first produced by Greek immigrants to California in 1900’s. Then other cheesemakers in the region also started to make this cheese.

Traditional Teleme is Stracchino style cheese made from whole cow’s milk. It is aged for at least 10 days and up to 2 months.

You can buy young Teleme and aged it in your own refrigerator.

There are different kinds of Teleme cheese.

The Teleme dusted with rice flour known as Rice flour Teleme. If it is left exposed to air, the cheese forms a crust.

It is produced in 6-pound squares and wrapped in wax paper.

The other type of Teleme aged in a plastic bag without exposing to air.

The fresh Teleme is 10 days old. As it matures longer, it becomes runnier and stronger in flavor.

Teleme cheese is a soft, creamy cheese comes in lemony and tangy flavor. This is a semi-soft and sliceable when it is young.

It is soft and loses its square-edged shape at room temperature at its peak. The rind of slices opens the paste beneath.

As it matures, it becomes runnier and strong in flavor.

When it is aged for 3 or more months, the glossy body of the cheese noticeably melts and gains a flowing elasticity when it is cut into slices.

It is often served as table cheese and with fresh fruits.

This cheese is also used for making Pizza, Burger, risotto and also served with dishes like toasted baguettes, peaches with a drizzle of honey etc.

Where Can I Buy Teleme Cheese?

As Teleme is an iconic cheese of California, you can easily find in California than outside California.

But sometimes it is hard to find even inside the California.

You can get the Teleme cheese in high end grocery stores and cheese shops in California. 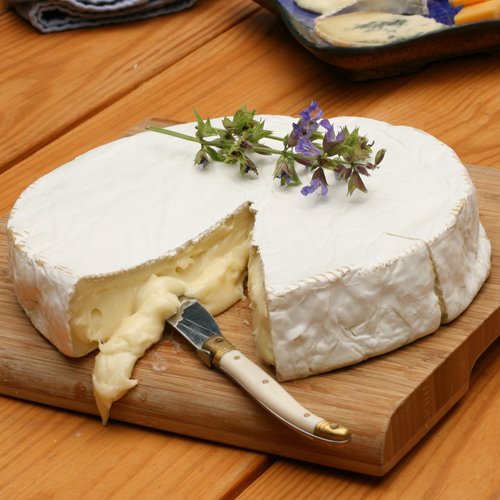 Brie cheese got its name from where it is originated, Brie the French region.

This soft cheese is made from cow’s milk. The rennet is added to whole or semi-skimmed milk.

It is heated to 37°C to make a curd. Then the cheese is cast into the mould.

Several thin layers of cheese filled into the mould. It is drained for 18 hours.

The cheese is then removed from the mould and salted. It can be aged for minimum of four weeks.

Brie cheese comes pale in colour with greyish tinge under a rind.

If Brie cheese is pure white, it is not matured. If the cheese is cut earlier the maturity, it won’t develop appropriately.

The flavor of Brie cheese is dependent on the ingredients added while cheese production.

Teleme cheese is also known as “a poor man’s brie”.

The texture of Teleme cheese and Brie is quite similar. It contains about 50% milk fat. 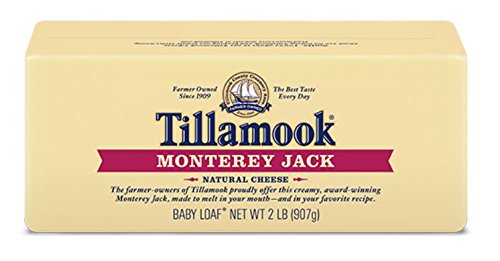 Montery Jack cheese is an American cheese made from using cow’s milk. It comes in mild flavor with little sweet taste.

This semi-hard cheese has white colour and having good melting qualities.

It also comes in Pepper Jack version that is flavoured with chilli pepper and herbs.

Another version is Dry jack which is hard cheese with longer aging time.

Most of the soft varieties of Montery Jack easily found in American Supermarkets and grocery stores. They are aged for only one month.

Dry jack which is harder cheese aged for up to six months. Aged Dry jack is akin to aged Teleme cheese in terms of texture.

Brie and Montery jack are also similar in texture.

Stracchino cheese is also known as Crescenza cheese. It is a type of Italian cheese made from cow’s milk.

It generally comes in square shape. This cheese is consumed when it is young and very soft.

It comes in creamy and tender texture without rind. The flavor of Stracchino cheese is mild and delicate.

Stracchino cheese typically eaten its own. It is also used for filling of some types of bread.

When Crescenza cheese aged it develops creamy softness and an addictive tanginess.

Traditional Teleme is stracchino-style cow’s milk cheese. So, you can find many similarities between these two.

As you know, Teleme is semi-soft cheese when it is young and it becomes soft and pudgy at its peak.

The soft textured Teleme at its peak is like aged Stracchino.

So, now you are able to find best substitute for Teleme cheese for your recipe.

You can use Brie, Montery Jack and Stracchino cheese alternative to Teleme cheese.

Use these cheeses instead of Teleme to enhance flavor, texture and taste of your delicious cuisine and use it as per your recipe calls for.