Toma cheese is one of the most popular Italian cheeses. It is a perfect snacking cheese with excellent melting qualities.

I can say, it is the most versatile, any time, any table cheese!

You can enhance the flavor of different recipes with Toma cheese.

But you may not easily find Toma cheese in your local grocery store unless it holds well stock of imported cheese.

What if you don’t find the Toma cheese for your recipe? Did you know is there any substitute for Toma cheese?

Many folks think there is no such any alternative for toma cheese. But that isn’t true!

There are some other cheeses you can use as a substitute for Toma cheese like Tomme Crayeuse, Saint Nectaire, Muenster, Cheshire, and Pecorino Romano cheese.

You can find many similarity between Toma cheese and these cheese in terms of flavor, taste, and melting quality.

In this article, we will get to know more about Toma cheese and its substitutes.

What is Toma Cheese? 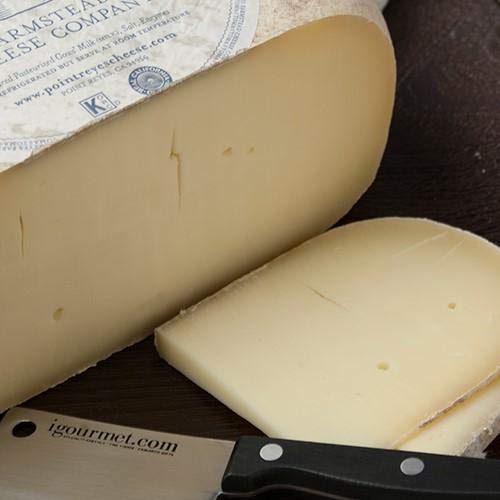 Toma cheese is one of the most popular cheese which has an origin from Italy.

The ‘Toma’ name is derived from its cheese-making process.

The word ‘Toma’ means wheels of cheese made by the farmer himself.

It is a soft or semi-hard cheese made from pasteurized cow’s milk. It is well known for its excellent melting quality.

This cheese is primarily produced in the Aosta Valley and Piedmont in North-western Italy.

Toma produced slightly differently in a different region. But it is closely related to French Tomme.

The Toma Piemontese is primarily produced in Piedmont which has Protected Designation of Origin status Under EU legislation.

While the Toma di Gressoney or Tomme de Gressoney (French), which is produced in Gressoney Valley. It is officially known as a Prodotto agroalimentare tradizionale.

Toma is soft or semi-hard cheese. It comes with a rich, grassy, and buttery flavor.

The Toma cheese has a slightly tangy finish. It is a small and rustic cheese.

As it has excellent melting quality ideal for melting in risotto, pasta, meats, grilled vegetable, and soups.

Sometimes it comes in a sweet taste and pleasantly musty flavor like a wild mushroom.

When the Toma cheese has matured for a couple of months longer it develops flavor like earthier spices.

Toma cheese comes with natural and dusty looking rind. The rind is semi-firm and mottled.

Most of the Toma cheese aged for a couple of years, the rind of that cheese is powdery, dusty, and moldy.

So, they develop a wild mushroomy taste.

Looking for Teleme Cheese Substitute for your favorite recipe? Then head over here.

What Goes Well With Toma Cheese?

Toma cheese tastes best when it is grilled. This cheese is served with a burger, sauces, melet.

It tastes excellent when consumed as a filling for baked potatoes and risotto with radicchio.

Where Can You Buy Toma Cheese?

You cannot find easily Toma cheese in a local grocery shop. The Toma cheese you can find if your grocery store has an imported cheese department.

You may get this cheese at the Wholefood market.

If you find it difficult, you can purchase Toma cheese on an online website like Amazon. You can get it at an economical price that saves your bucks. 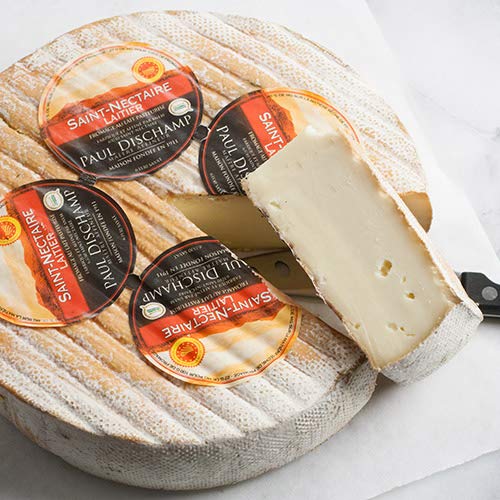 Saint-Nectaire is a French cheese produced in the Auvergne region of France. It is a non-baked cheese with compressed paste.

This cheese is made from cow’s milk. It comes in a cylindrical shape.

The rind on the cheese has few molds. The color of the rind is varies depending on how old the cheese is.

It can be white, grey, brown, and orange, red, or yellow patches.

It is a creamy, silky-textured paste with nuts, hay, cellars, and mushroom flavor.

If you like creamy and milky cheese, Saint Nectaire is a good choice for you.

It paired well with salami, fruits, olives, bread, and vegetable.

If Toma cheese is not available, Saint Nectaire is an excellent substitute. Because both are creamier cheese and mushroomy flavor.

Tome Crayeuse is French cheese. Crayeuse means “chalky” in French. Tomme Crayeuse is Tomme style tall cheese which has origin in the Savoie region of France. It is first made by Max Schmidhauser and has been on the market since 1997. This is a semi-soft cheese produced from raw cow’s milk. Its chalky interior paste is soft.

It comes with a hard natural brown rind. The cheese is dry that covered with white, yellow, and grey surface molds. The rind has wet soil and a mushroomy smell.

The Tomme Crayeuse’s interior paste is yellow-white colour. The paste close to the rind is smooth and creamy. Paste nearer to the middle is dens. The paste is fresh and sweet in flavor.

Both Toma cheese and Tomme Crayeuse cheese are sweet. The rind has mold and mushroomy smell. Both are made from cow’s milk.

So, Tomme Crayeuse is the closest substitute for Toma cheese. 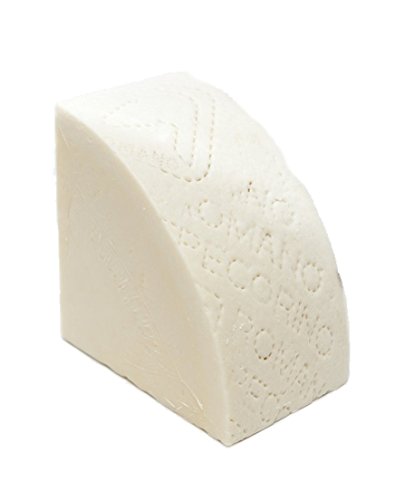 Pecorino Romano is an Italian cheese which is hard and salty. It is made with 100% sheep’s milk. The name “pecorino” means “ovine” or “of sheep” in Italian.

This is the most ancient type of cheese which is also popular outside Italy.

It has a lengthy aging time which differs from 8 to 12 months.

It is dry and granular in texture. The cheese comes with a strong taste. When it is young it is a soft and rubbery texture and sweet flavor.

It becomes sharper and smokier as it matures for 8 months or longer than that.

Pecorino Romano cheese is made from skimmed milk which is left from butter making. So, it is low in fat like Toma cheese. 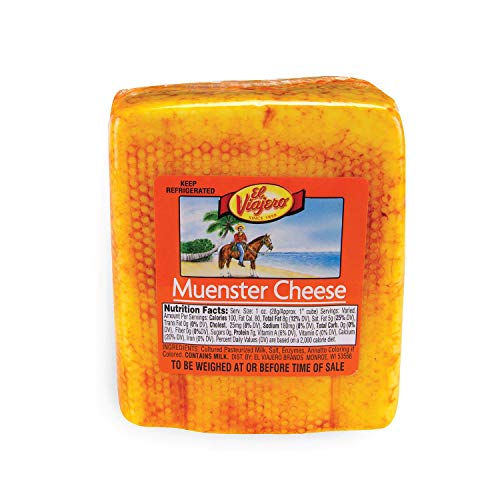 Muenster is a semi-soft cheese produced in the United States. The cheese is produced from pasteurized cow’s milk.

Muenster cheese comes pale in color and smooth in texture.

It has an orange rind. The color of the rind comes from annatto.

Muenster cheese is soft and smooth in texture and has a very mild flavor.

When it is aged properly, it can develop a strong flavor and a pungent aroma.

It is generally served as an appetizer. It has a good melting ability.

So it is often used in dishes such as grilled cheese sandwiches, Pizza, Tuna melts, cheeseburgers, etc.

The Muenster cheese is made from cow’s milk and it has an excellent melting ability like Toma cheese.

So, it pairs well with pizza, sandwiches, burgers as an alternative to Toma.

Cheshire cheese is mainly produced in Britain. This is the oldest type of cheese in which popularity grows over the centuries.

It has been produced since Roman times. Cheshire cheese is produced in the county of Cheshire and its neighboring countries.

It is a hard and dense crumbly cheese produced with cow’s milk.

It comes with a mild, salty, and milky flavor that leaves a little tangy aftertaste.

As it matures, the taste varies. It becomes dryer, firmer, and darker as it matures.

It is crumbly and easily broken as they have a weak internal protein matrix. The Cheshire cheese is high in fat so it is a good melter.

White Cheshire is a good alternative to Toma cheese.

Cheshire is quite crumbly in texture. Toma is soft when young and crumbly as it matures.

Toma and Cheshire both are a little salty.