Baker’s ammonia is also commonly known as ammonium bicarbonate and was used by bakers as the main leavening agent during the 19th century.

There are several Middle Eastern and European recipes of crackers and cookies that still use it.

So, what exactly is baker’s ammonia?

In simple terms, it is a substitute for the commonly sought-after baking powder and baking soda and is famous for the unique crispness and texture it imparts in baked items.

The important question that many of you will be wondering is, what can I use in place of baker’s ammonia?

You will be startled to know that there are quite a few baker’s ammonia substitutes that you can make use of.

You can substitute it with baking powder, cream of tartar, or baking soda and still bake your heart out.

So, without wasting time, let’s look at baker’s ammonia and its substitutes in detail:

What is Baker’s Ammonia?

Baker’s ammonia was primarily used before baking soda and baking powder made their debut.

Baking ammonia was initially made from a deer’s horns and was used as a leavening agent. This is why it was also referred to as ‘hartshorn’ because the term ‘hart’ is used for deer.

When baker’s ammonia is heated, it breaks down into three components, i.e., water, ammonia, and carbon dioxide.

This carbon dioxide is responsible for making the cookies and cakes rise.

As baker’s ammonia releases ammonia gas, it may affect the final product’s taste.

This is why it is used for cookies and other thin products from which the gas can easily escape. It isn’t used in cakes as they are moist and will retain most of the gas.

Baking ammonia is readily available at specialty food and drug stores and is bought in the form of a lump that has to be ground into a powder before using.

Always remember to store it in an airtight container.

Why Is Ammonia Used in Baking?

There are several reasons baker’s ammonia is a top favorite when baking.

What makes cooking ammonia unique is that it releases gas fast, which ultimately gives anything baking in the oven a speedy rise.

Unlike baking soda, it doesn’t require an acid or any other material to react with; moreover, it doesn’t even react with liquids as baking powder does. The most common advantages are:

How to Use Baker’s Ammonia?

Now that we have the basics sorted, the next important question is how do you actually use baker’s ammonia during your baking rendezvous.

Ammonium carbonate is most commonly mixed with a liquid before being mixed with the dry ingredients.

This allows it to blend smoothly and thoroughly.

Remember to store it properly as it quickly absorbs moisture and clumps up.

To check if it’s active, add a tiny amount to hot water. If it starts to bubble intensely, it’s good to go.

You can always substitute it with baking powder; however, the final product may differ in texture.

Rumford Baking Powder is a great option that can be used for any recipe whenever you feel like using baking powder instead of baker’s ammonia.

So, what do you do when the question running through your mind is, what can I use in place of baker’s ammonia?

The good news is that there are quite a few baker’s ammonia substitutes that you can use; let’s look at them in detail: 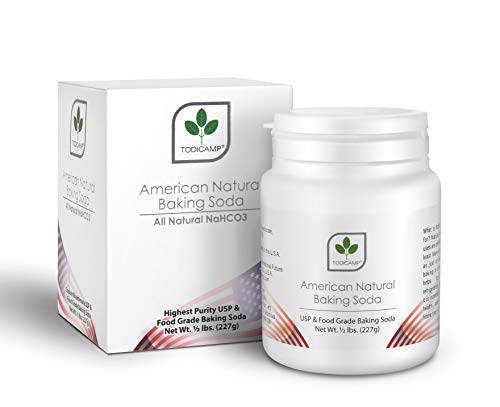 If you can’t find baker’s ammonia, you can always use baking soda instead.

Let’s look at some of the characteristics of baking soda:

It works as an excellent chemical leavening agent in several recipes, from bread to cakes to cookies.

Why not try this American Natural Baking Soda, which you can add to different beverages and foods. 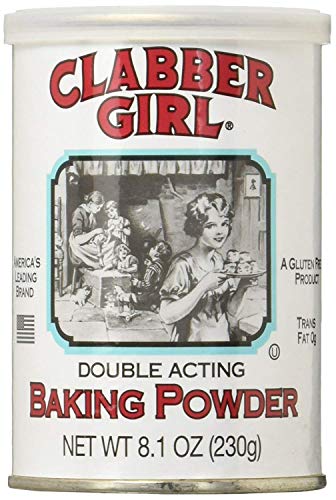 Another excellent substitute is baking powder.

Not only is it inexpensive, but it also has a very long shelf life.

It is made up of three ingredients, a buffering agent, an acid, and a base.

All three are combined in specific proportions to form the baking powder we use.

If you don’t have baker’s ammonia at hand, simply use the same amount of baking powder.

This reaction makes bubbles that make the wet mixture rise and expand.

The Clabber Girl Gluten-Free Baking Powder is an excellent leavening agent that is used for all kinds of delicious baking recipes.

It provides consistent results that you will fall in love with.

For starters, cream of tartar is definitely not creamy but is powdery and dry.

It goes by the scientific name potassium bitartrate or tartaric acid.

However, it can easily be found in any spice aisle with the name ‘cream of tartar.’

So, what makes it unique and the perfect substitute for baker’s ammonia?

This ensures that once you bake meringue cookies, they will have a melt in your mouth consistency.

Use a ¼ teaspoon baking soda with half a teaspoon of cream of tartar to substitute one teaspoon of baking powder.

Bakers ammonia has been around for decades and has helped several bakers achieve the perfect consistency and taste in their baked goodies.

Not only does it give cookies a nice crispy texture, but it also makes them lightweight.

So, what if you run out of baker’s ammonia?

You can always substitute it with baking powder, cream of tartar, or baking soda and enjoy your favorite recipes.

Best Pan with Removable Bottom that Every Bakers Need!

Do Nothing Bundt Cakes Need to be Refrigerated?