We’ve all had our taste of wheat and wheat-based products no matter where we hail from.

Wheat is quite easily the world’s most used staple food, it’s only natural that people have found different utilities of wheat extractions like Semolina and Cream of Wheat and put them to use in various different recipes ranging from upma, knafeh and idli to countless other dessert and porridge meals.

Since these refined extractions like Semolina and Cream of Wheat come from practically the same source, many people get confused and think they’re interchangeable.

Well, they’re not the same. Here’s all about the difference between Semolina and Cream of Wheat.

What is Semolina? What is it Made of? 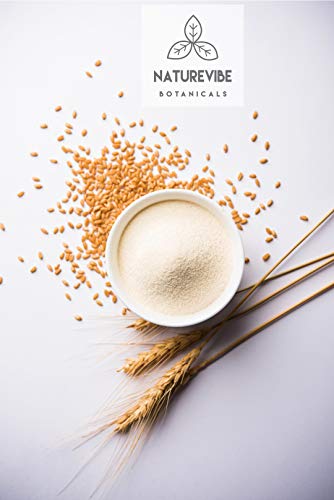 Semolina is extracted from wheat. It’s a type of flour that is ground from the durum wheat middling. Durum is a difficult variety of wheat to work with, a characteristic that helps it derive its name in Latin.

When the farmers fine grind the durum wheat, the finer flour extracted from it is used in making the semolina pasta flour while the 00 or doppio zero flour is a pizza and pasta ingredient.

When this milling process is complete, the leftover endosperm is then grinded again to be used as the semolina flour.

So, in other words, semolina is made up of the ground endosperm of durum wheat.

You can use its finely grinded flour in making batter while the coarsely grinded one as the main ingredient.

Semolina can contain a varying amount of starch and protein content.

It all depends upon the kind of hard wheat it is extracted from.

What is Semolina Flour Used for?

Semolina has a lot of common uses because it is one of the most used wheat extracts. Here are a few of them:

This constitutes one of the most common uses of semolina flour mostly because of its gluten content that helps you make less sticky and a more elastic dough than any other flour, helping pasta retain the shape of a bent elbow or a long noodle.

It has twice the amount of fiber and far more protein with the only con being that it contains more calories as well.

Along with the proteins and fiber, semolina also boasts a high concentration of essential minerals like phosphorus, potassium, zinc, and iron as well as a good vitamin B store.

High protein foods generally feel very heavy because they induce a sensation of fullness in you and help you maintain a full appetite.

This can help you reduce weight and keep your daily intake at a minimum.

The higher fiber content can nourish your digestive tract while minerals like magnesium and folate help you maintain cardiac health, fighting heart diseases.

What is Cream of Wheat? What is it Made of? 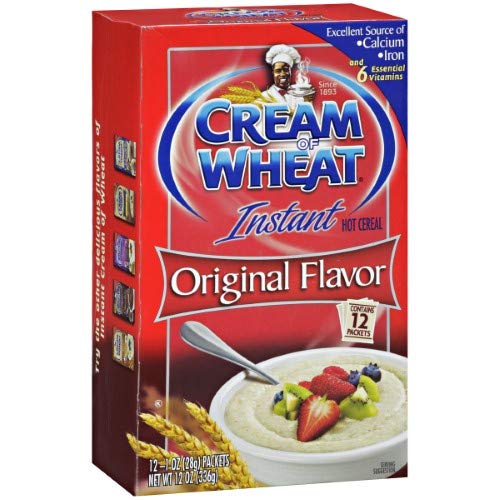 First manufactured in the U.S. during 1893, the Cream of Wheat is a smooth textured cereal enriched in mild flavor and served hot.

The words “farina“and “cream of wheat are often used interchangeably because they’re one and the same thing, made from the whole-wheat kernel, coarsely ground after removing bran, leaving out some of the wheat germ and the inner core.

Cream of Wheat is served warm as a healthy breakfast with a cup of nonfat milk and it is considered good for all age groups.

Due to its creamy taste, thick and smooth texture, you can use Cream of Wheat with either milk or water, topping it off with some savory ingredients or sweets.

If you want to make cream of wheat, you can simply make it with water or milk.

Place it into the microwave or a slow cooker depending on your convenience.

You can add toppings of your choice whether it be sweet or savory.

Benefits of Cream of Wheat

Cream of wheat is rich in micronutrients, even though it is of low calorie count.

A cup of cream of wheat contains enough nutrients for your body.

Iron is abundantly found in cream of wheat, along with vitamins like vitamin B6, niacin, thiamin, etc. B Vitamins are important for the body’s functionality, also enhances brain functionality and DNA, RNA synthesis.

Another important micronutrient found inside the Cream of Wheat is the mineral Selenium, which acts as an antioxidant, decreasing inflammatory effects and adding protection.

Iron is another important nutrient that the body requires for oxygen circulation, Red Blood Cell production, and DNA synthesis.

Iron is mostly found in animal products and vegan people might miss out.

Cream of wheat is rich in iron which makes it a great source while being vegetarian friendly.

How to Eat Cream of Wheat?

Cream of Wheat apart from being very tasty is also a very versatile food item that you can enjoy in numerous ways.

You can add different toppings on it to enhance the effect on your taste buds.

You can have it sweet by adding a little bit of sugar, honey, or maple syrup.

It is quite an adaptable food just like porridge and oats. You can add butter or cheese if you like it savory.

The wheat of cream can have many ways to eat, you just need to find your preferred topping or a combination of toppings that you find delicious, it may vary from person to person.

Semolina Vs Cream of Wheat

Cream of wheat is made from the endosperm of hard wheat, after being thoroughly processed and ground white flour is obtained.

It is ground finely but not too much; some extra ingredients are also added. It can be converted into porridge if you desire.

Semolina is also made from the endosperms of hard wheat but a specific type, which is durum wheat.

After being milled and ground thoroughly, the finer parts or siftings become durum flour and the rough ones are called semolina.

Semolina and cream of wheat have their differences in some aspects, taste is one of them.

Some people have a thing for sweet taste and some don’t.

Semolina is the sweet one in this case. The flavor will be nutty and sweet followed by an earthy aroma.

The yellow color in pasta and macaroni is also mostly contributed by semolina.

Cream of wheat is relatively plain in taste, not sweet, not sour just somewhere in the middle.

You can eat it with sugar or maple syrup that would make it sweet, or you can use savory cream.

Cream of wheat or Farina is similar to the making of the Italian dish polenta.

If your dough sticks to the baking surface and breaks of, you can use cream of wheat to prevent this. In puddings, it can be used to thicken it.

In baking, it is also used as a substitute for wheat flour, as they are quite similar to each other due to the same origin. Pizzas mostly contain farina in most of the areas.

Durum or also well known as semolina is obtained after through and purified milling o hard wheat.

It is extensively used in making pasta. Whereas Farina is used mostly in the creation of porridge. Semolina is mostly used in the making of pizza, bread, and dough for biscuits.

Some people use it to make gnocchi. Semolina in some places is cooked slowly in milk and sugar, it is known as British milk Pudding

Semolina is yellowish that can also be seen in pasta. Whereas, cream of wheat is off white as seen in breakfast porridge.

Farina is full of carbohydrates. Iron is another important nutrient farina is a significant source of.

In a single 120 calorie serving, up to 55% requirement of iron is fulfilled.

Germs are almost completely removed during the making of cream of wheat.

Heart disease risk is significantly reduced due to low saturated fat and low cholesterol found in cream of wheat.

Semolina on the other hand is rich in fibers, which help with digestion. Semolina increases the digestive health of the body.

Over 2 grams of fiber are present in just 54 grams of uncooked semolina.

Dietary fibers that are found in semolina benefit the body in many ways, most importantly it helps in the growth of the gut bacteria that helps in the process of digestion.

What is Milled Corn?