Have you ever tried Cheshire cheese crumbles on fruits and baked dishes?

It’s so much delicious when you toss the Cheshire cheese crumbles on fruits, vegetables, salads, chutney, and baking dishes!

Moreover, it enhances the flavor of your dish.

The Cheshire cheese blends perfectly with salads and also helps to balance the intense sweetness of roasted tomatoes.

I always love this combination!

But sometimes it is hard to find Cheshire cheese in my local store.

So, I was researching for a substitute for Cheshire cheese that is easily available.

Then I got to know that there are plenty of substitutes you can use as Cheshire substitutes like Wensleydale, Cheddar, Caerphilly, Lancashire, Feta cheese.

These all are crumbly cheeses similar to Cheshire. Some of them undergoes same making process and has similar flavor, taste, and texture.

In this article, we’re going to consider all perspectives of Cheshire cheese and its substitutes.

So, you’re gonna exactly know what is the best substitute for Cheshire cheese.

What is Cheshire Cheese? 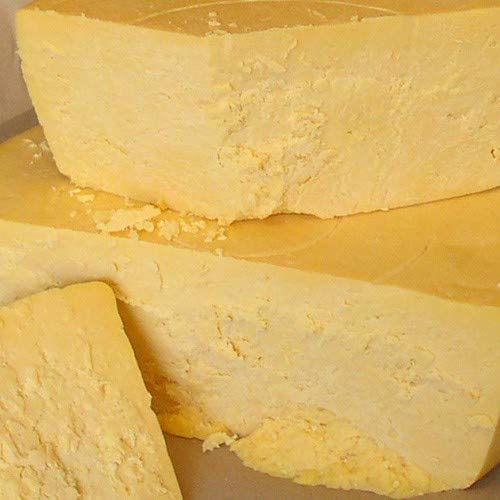 Cheshire cheese is the oldest cheese which is mainly produced in Britain and its popularity grows over the centuries.

It has been made since Roman times. Cheshire cheese is produced in the county of Cheshire.

It is also produced by neighboring countries of Shropshire and Staffordshire in England and Flintshire and Denbighshire in wales.

Cheshire cheese is hard and dense crumbly cheese made with cow’s milk.

The Flavor of this cheese is mild, salty, and milky that leaves a little tangy aftertaste. Its taste differs as it matures.

It becomes dryer, firmer, and darker as it matures.

Cheshire is crumbly and easily broken as they have a weak internal protein matrix.

This is related to calcium and low pH content in Cheshire cheese.

Looking for Provolone cheese substitute? Then head over here.

The white Cheshire is preferred in the south of England.

It actually comes in a pale yellow color which is the basic natural color of the cheese.

The red Cheshire cheese is made with white Cheshire.

This red Cheshire is preferred in North England.

It has blue veins like Stilton or Shropshire blue. but is less creamy and milder than stilton.

This type of cheese is also known as green fade or blue fade locally.

How is Cheshire Cheese Made?

Milk from the evening milking of the cows is sitting out overnight.

The next day, the milk from the morning milking is added to that evening milk.

It allowed setting into the curd and little whey. The whey is removed out and curds are cut.

The curd is then salted and pour into the moulds. This process needs 3 hours and it is pressed for 1 to 2 days.

The cheese is allowed to ripe for 1 to 2 months. Some prefer 4 to 9 months for the aging of cheese.

Fat content and acidity play a vital role in the cheese melting process.

The Cheshire cheese is high in fat which makes it a good melter.

It is a semi-hard, dense cheese that is moist and crumbly in texture with a mild and salty taste.

Cheshire cheese is a good cheese for cooking as melts really well.

You can make a cheese sauce with Cheshire cheese. 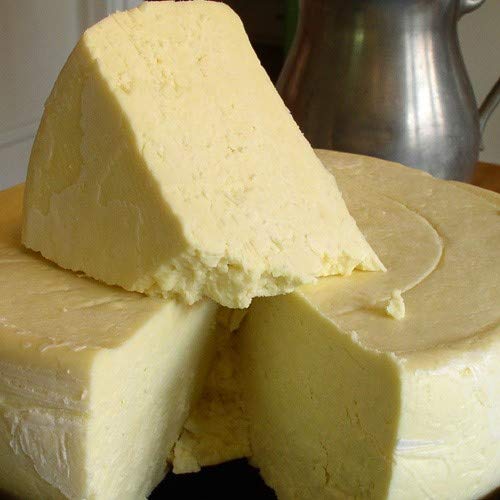 But nowadays it is produced by large commercial creameries in the UK.

Traditionally it is made from sheep’s milk. But over the period it is also made from cow’s milk.

Today, Wensleydale is made from pasteurized cow’s milk and sheep’s milk is added to increase the flavor.

It is supple and crumbly with a slight honey aroma.

Cheshire cheese is a bit more variable, as it can be moist sides like White Stilton and drier side resembling Wensleydale.

Generally, Cheshire is a bit chalky than Wensleydale, but these two are  quite similar types of cheeses.

Cheddar cheese is the most popular cheese in the UK. Back in the days, it was only produced in England.

But nowadays, many countries all over the world produce Cheddar.

Cheddar cheese, the widely purchased cheeses in the world is which is made from cow’s milk.

It comes in off white color and sometimes orange color if annatto is added.

Cheddar cheese is a natural cheese that comes in hard texture and sometimes having a sharp taste.

If it is cured properly it has a slightly crumbly texture. The young cheddar has a smooth texture. It develops a sharp taste as it matures.

The industrial forms of Cheshire are drier and less crumbly like mild cheddar cheese.

Lancashire cheese is produced in the county of Lancashire are made from English cow’s milk.

The crumbly form of Lancashire is similar to Cheshire.

The crumbly Lancashire is said to have been developed when cheese merchants asked Lancashire cheese producers for younger and less expensive cheese which is similar to Cheshire.

So, there is much similarity between the crumbly Lancashire and Cheshire cheese.

The crumbly Lancashire comes in a pale color, light crumbly texture, and mellow taste which is similar to Cheshire.

Both are younger white cheeses.

The Crumbly Lancashire and Cheshire take very little time to produce because they use starter bacteria in the milk.

It makes the milk go acidic and the cheese-making process fast.

So, these two kinds of cheese are produced very quickly and sold anywhere from two weeks onwards from it is produced.

The production time for Cheshire and Lancashire is also similar.

Caerphilly Cheese is a hard and crumbly white cheese originated in Caerphilly town in wales.

This cheese was specially produced for providing as a snack for coal miners.

It becomes easy for them to eat with a bare hand as it comes with a tough texture and shallow height.

The Salty and Moist curd helps to fulfill the requirement of lost minerals.

It is made from unpasteurized cow’s milk. It is matured from 8 to 14 days.

The cheese can be developed up to one year for harder texture and stronger taste. The traditional Caerphilly is a moist cheese.

It is first produced in about 1830. Its flavor and texture are similar to Cheddar.

This cheese also called as ‘the crumblies’. Cheshire is also a crumbly cheese like Caerphilly.

There is a similarity between Caerphilly and Cheddar in flavor and texture. Cheddar and Cheshire are similar too.

So, you can consider Caerphilly, a substitute for Cheshire.

It is made from sheep’s milk or a mix of sheep and goat milk. It contains two times the fat of cow’s milk.

Feta cheese is lower in fat and calories than contained in aged cheese like cheddar.

It is crumbly aged cheese generally produced in blocks. Compared to other cheeses it comes in a slightly grainy texture.

It is used in salads, pastries, served with olives.

You can also use Feta cheese as a substitute for Cheshire in salads as both are crumbly cheeses.