Magic Bullet blender is one of the most popular bullet blenders which is inexpensive and great for making quick and simple smoothies.

But as you know it’s just a machine, so you may encounter some issues with this blander.

In some cases, it is inevitable to change the gear of the magic bullet.

So, today, we will get to know here how to change the Magic Bullet Blender’s base and blade gears?

Let’s dive into it. 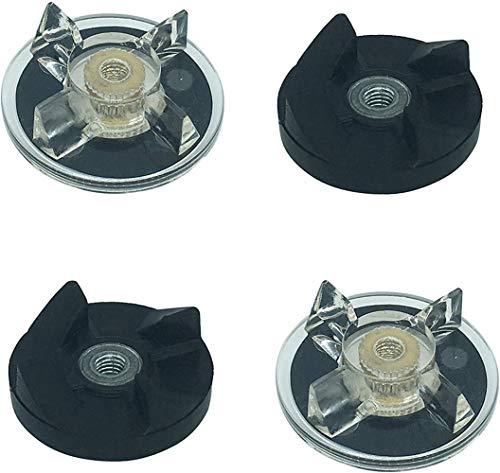 As the Magic bullet blender is a highly functional and handy appliance, it is used consistently for number of recipes like daily go-to smoothies, shakes, frozen drinks, etc.

There are gears that rotate the blades. So, these gears can wear out eventually.

It can go bad after a period of time due to usage and you need to be replaced.

Though replacing the gears is not that hard process.

You can change them easily with the right tricks and tips.

How to Replace Magic Bullet Gears?

If your Magic Bullet is not working properly due to worn-out gears, then don’t worry. Replacing the gears is incredibly easy.

Before replacing the gears, you need to inspect the old gears.

Inspect the inside of the blade on the gear, if they are worn out or tear down you need to replace it immediately otherwise your blender won’t work properly.

You also check the gear on the bottom of the base whether it is worn out or having good teeth on gears.

If it is worn out you need to replace this also.

If you find both, the base and blade gears have worn out, you need to replace both.

Replacement of new blade and base gears

You need to remove the bottom containing the blades from the rest of the magic bullet unit.

If you find, the gear is rusted, then you need to apply some oil in that area to loosen it up. So, apply oil before trying to remove it.

Hold the blade assembly as the blade’s side is down and then put a couple of drops of 3 in 1 oil in the small metal section in the center.

Let it sit for five minutes so that oil can loosen the rust. Then wipe down completely the oil by using a paper towel.

Before going to replace the gears, keep in mind, the blade is tightened counter clockwise and loosen in by right direction.

Take a towel for holding blades as they are very sharp. So that while replacing gear the blade won’t hurt your fingers.

Hold the blades using the towel. The gear is located at the backend of the blade.

Grip the gears with a plier and turn it clockwise with even and solid pressure.

Once it gets loose, you can loosen it more simply by hand and it will come off easily.

After removing the old gear, you can see a little screw and washer located underneath the gear.

You have to hang on to both these parts.

Hold the blades by using a towel and keep a new blade gear above the screw and washer and turn it counter clockwise.

With the help of a plier clamp down it nicely.

Be careful while tightening the gear. Don’t fix it too tight as there is a possibility of wear out the gear.

After tightening the gear enough, make sure it will spin nicely.

Replacing the base gear (Plastic Gear)

Before going to replace the base gear, you need to unplug the base from the outlet.

Replacing the base gear is a little tricky.

You may have to remove a sticker that is covering the slit at the bottom of the base.

First, check on the bottom of the base, there is a little notch.

You have to insert small a screwdriver in that notch. It is now connected to the gear at the back.

It will hold the motor from turning when you unscrew the clear gear.

Grab the plier with one hand. Lay down the blender base on its side.

Hold the grip at the bottom with a screwdriver by another hand.

Turn the old gear inside the base clockwise with a plier at the same time hold the grip at the bottom with a screwdriver.

Once the old base gear gets to loosen up, spin it simply by hand and it will pop out easily.

Take a new plastic base gear and fix it in place of old gears by spinning counter clockwise.

Take a plier and tighten the new gear.

Once the blade gear & base gear is installed well, the blender will be again in good condition and ready to use.

Here is the video that explains how to replace Magic Bullet base and blade gear.

Now you know how to replace the base and blade gears of the Magic bullet blender.

If you find your Magic bullet blender gears worn out, you don’t need to replace your whole blender.

You can fix this issue just by replacing base and blade gears which is incredibly easy.

You can save your bucks by fixing the gears easily.

Replacing the gears for a magic bullet blender is not that tough job.

This replacement of the gears enables you to enjoy several more years with your magic Bullet.

How to Fix Magic Bullet Blender Smells Like Burning?

How to Fix Magic Bullet Blade That is Not Spinning?

Can You Blend Hot Liquid in Magic Bullet Blender?